47 RONIN: Loyalty to the last consequence 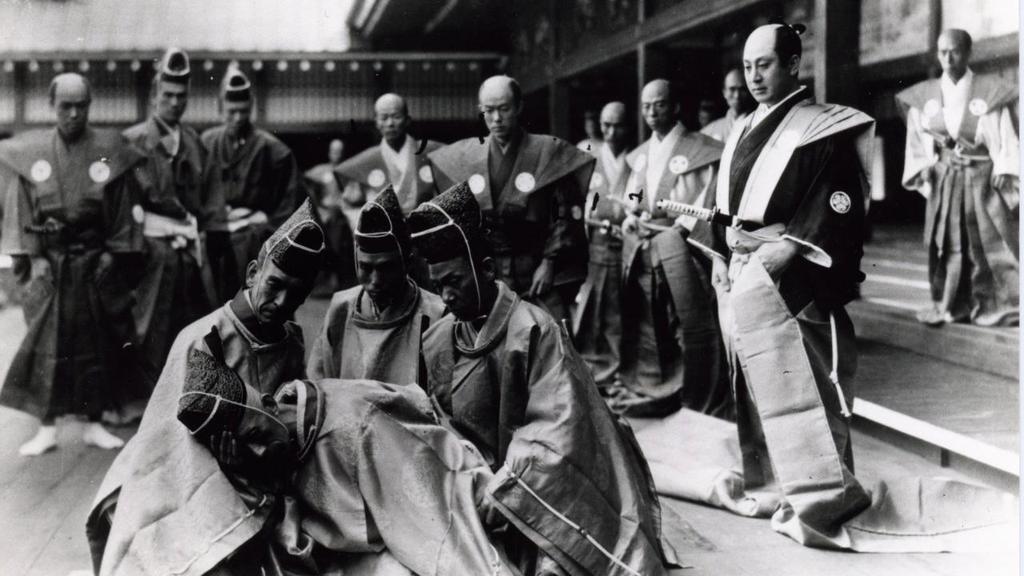 The history of the 47 ronin illustrates very well the samurai loyalty carried to its ultimate consequences; Those warriors looking to avenge their daimo are much more than a legend.

They were real and planned an entire strategy for more than a year to succeed in their task of avenging the honor of their dame Asano Takumi-no-Kami Naganori, against protocol master Kira Kozuke-no-Suke Yoshinaka.

His story tells us the cunning of 47 indomitable warriors, who had to overcome the skill of the daimo that had caused his lord’s sentence.

ORIGIN OF THE HISTORY OF THE 47 RONIN

It all started during the Genroku era in 1701, when he ruled the Tokugawa Tsunayoshi shogun, he sent his imperial emissaries to the province of Harima.

Asano Naganori was the daimo and lord of Ako Castle in Harima, and had been designated by the shogun himself to be the host of his imperial emissaries, headed by Kira Yoshinaka, the court’s protocol master.

Asano Naganori was supposed to be instructed in etiquette protocols by Kira Yoshinaka, but they never really liked each other.

Things got out of control because Yoshinaka was despotic, arrogant and constantly humiliated Naganori. The situation worsened when Yoshinaka claimed a payment for the teachings offered to Naganori, however he thought it was part of his job as an emissary of the court and gave him nothing.

MORE THAN 300 SAMURÁIS REMAIN WITHOUT DAIMO

It is said that one day in April 1701, Kira insulted and provoked Asano again, who this time did not hold back and drew his katana to kill Kira.

His great mistake was to have done it inside the Palace of Eno, where the Tokugawa Tsunayoshi shogun was, and to draw a katana in the same place where the shogun was found, he was punished with the death penalty for being considered treason.

Thus, Asano fell into Kira’s trap and was prosecuted, Kira was only slightly injured and was not responsible for the Eno incident.

Instead, Asano was allowed to commit seppuku (suicide with honor), after he declared to have attacked Kira for personal reasons and not for betrayal of the Tokugawa shogun; his only regret, «was not to have killed Kira.»

In any case his honor had been stained, his estate was taken from his family, as well as his inherited rights. Thus giving rise to the regret of more than 300 samurai who swore allegiance to the Harimo daimo.

After the unfortunate and unexpected death of his daimo, the lord of Ako Castle, Asano Naganori, the fate of his more than 300 samurai was uncertain, but under any path, dishonorable, according to the Japanese customs of the time.

It was then that Oishi Kuranosuke Yoshio, became the leader of the squad of wandering samurai, now known as ronin, due to the loss of his Daimo Asano Naganori.

Oishi Kuranosuke Yoshio and another 46 ronin vowed to take revenge for the death of their lord and restore their family’s honor sooner or later, the other ronin dispersed and were forgotten.

His strategy was to wait for his prey, Kira Yoshinaka, to lower his guard and remove the extra escorts that now guarded him because of the dreaded attack of the ronin of Ako Castle.

THE STRATEGY OF THE 47 RONIN

Their strategy was risky and very meticulous, they knew they had no chance of winning if they fought openly against the army that guarded Kira, so they apparently renounced their revenge.

They hid their weapons and their samurai military costumes to avoid being seen with them, and dispersed in the city of Edo, now Tokyo.

They acquired low-profile jobs, such as cooks, peasants and merchants, while others, such as Oishi Yoshio abandoned his wife and a concubine was obtained; He spent his money on the brothels of Geishas and all the time he was supposedly drunk.

It is said that one day, a samurai from another province spit in the face of Oishi when he was lying in the street, as a claim for having lost all his dignity and not having avenged his daimo.

TRIUMPH OF DECEPTION OF THE 47 RONIN

This genuine fact marked the triumph of the deceit of the 47 ronin, as Kira’s spies informed him what happened and finally Yoshinaka lowered his guard and withdrew his extra escorts.

It is also said that a ronin married the daughter of an architect of Kira Castle to get the plans of his chambers.

Sure that they would succeed, the 47 ronin finally decided to secretly and quietly attack Kira on a night in January 1703, according to the Japanese calendar (December 14, 1702).

The small battalion was divided in two to attack from the front and the back, it is said that they ended up with more than 200 samurai who were off guard.

Some say they found Kira hidden, while others claim they found him in the courtyard of his castle.

47 RONIN COME TO YOUR DAIMO

When Oishi Yoshio was in front of Kira Yoshinaka, he gave him the opportunity to commit seppuku, however he refused, instantly, Yoshio beheaded him with the same dagger that Asano Naganori had committed seppuku.

They took Yoshinaka’s head and carried her to the grave of her damn Asano Naganori, in the Sengakuji Temple.

Once consummated his revenge and obligation with his daimo, the 47 ronin appeared in front of the shogun Tokugawa, who was amazed by the loyalty of these wandering samurai.

The law dictated that these ronin should be executed for the murder of a senior official, as was Kira Yoshinaka, however he was so moved by the tenacity of the warriors that he considered all options.

47 days after their feat, during which they were well treated and attended, the trial against them ruled that they would be allowed the honor of committing seppuku in an official ceremony.

They were allowed this favor, because they had demonstrated the expected behavior of a true samurai of that time. They had not given up their duty to avenge their daimo, even under such circumstances.

Four dams from other provinces were witnesses to the seppuku ceremony of 46 indomitable ronin, because the youngest of the 47 ronin, was forgiven and sent home, although when he died, he was also buried along with the other warriors.

After his honorable death, the 46 ronin were buried in the Sengakuji Temple, next to the remains of his daimo.

His bravery and honor caused the shogun to restore one of Asano Naganori’s family lands and his family to regain his honor.

A few weeks after his death, multiple stories and staging began to be written to tell the magnificent daring of 47 ronin warriors, who challenged a large army.

This is how the genus Chusinghura emerged, which tells the story of the 47 ronin who avenged their daimo in front of a samurai battalion four or five times larger.

They are proudly remembered in Japanese stories because they portray the honor, courage, strategy, loyalty and strength of spirit that characterized the samurai.