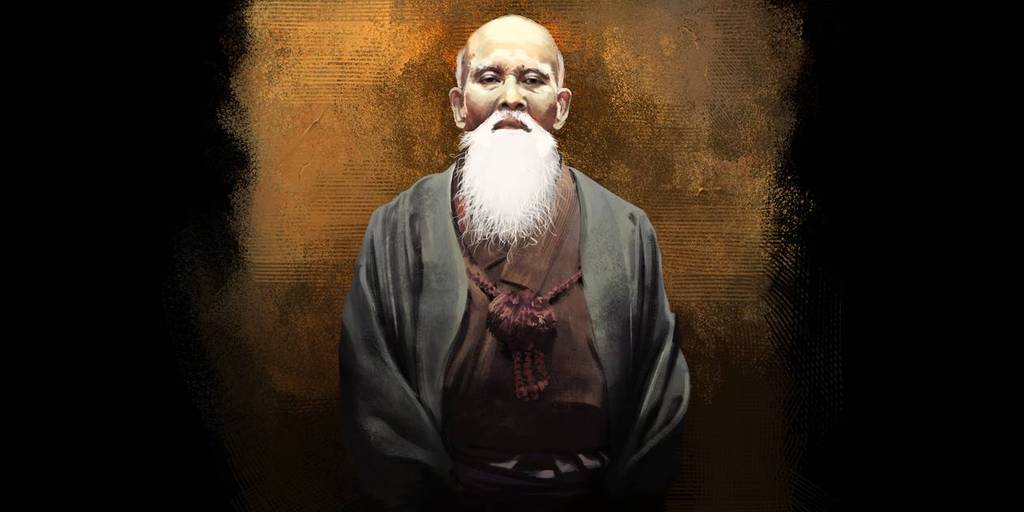 Moriheu Ueshiba, founder of Aikido, was one of the most influential and illustrious martial artists of the nineteenth and twentieth centuries and together with Jigoro Kano and Gichin Funakoshi represented the new movements of Japanese martial arts, the philosophy of budo applied to martial arts.

Moriheu Ueshiba was a martial artist who practiced judo and various traditional styles of jiu jitsu although his greatest contribution merits the foundation of aikido.

Moriheu Ueshiba means abundant peace. Although it really isn’t his real birth name, since his original name is Tsnne Mori.

Born on December 14, 1883 in the ancient city of Wakayama, in the Kansai region. Japan present. Coming from a family of high resources or wealthy. Ueshiba was a descendant of a powerful samurai family was a great grandson of the samurai Kichiemon Ueshiba. He is the son of Yoruku Ueshiba and Yuki Itokawa. His father was linked in local politics, coming to hold the position of «member of the village council» and was also a popular social leader in the region.

His childhood was marked by a weak and sickly physical state. He grew strongly influenced by his great-grandfather’s stories, he worked as a samurai. The Buddhist religion had a lot of weight in the upbringing of Ueshiba since it was educated in the Jizoderu temple. Although he later enrolled in Tanage Elementary School and then continued his studies at Tanage Prefecture High School.

Later he studies accounting and tries to open a stationery store in Tokyo, but this project is not successful. Because he spread a disease (beriberi). So he returns to his hometown.

Ueshiba also dedicated himself to the training of different martial arts such as: Daito ryu aiki-jujutsu, judo, kenjutsu, bojutsu and the handling of the spear or sojutsu.

It is very important to highlight that at an early age he joined the Japanese imperial army (1904) and participated in the Russian-Japanese war. Here Ueshiba received defensive military training and training. Something curious to note is that his superiors did not want to send him to the battlefield because of his short stature. But noting the great leadership skills that young Ueshiba had, he was finally put on the battlefield in Manchuria. He was awarded the medal of value. Ueshiba trains at this time in the imperial army the martial art of jukendo which consisted of the defensive and offensive use of a bayonet. I get to observe the rank of sergeant inside the army.

It would come a complicated stage for Moriheu Ueshiba since in a short time he suffers the loss of some relatives. In 1920 his first son died and then his father (these two events during the same year). Moriheu Ueshiba would go into a severe depression due to the pedridas, but he would quickly leave them.

In 1921 he achieved a martial goal, since his teacher Takeda Sokaku granted him the title of instructor, which allowed Ueshiba to teach martial arts in a dojo. Although Ueshiba here makes a small pause in his martial life and makes a trip to Mongolia with political and religious intentions (intention to install a kind of religious and social center in the area) but this task is not performed due to the instability of the country and the region (bandits kidnap Ueshiba and his companions, are released by negotiations with Japanese diplomats), then return to Japan.

Returning to resume his martial life, he moved to Tokyo and with his teaching permit granted by Takeda Sokaku he founded his first dojo with the name of Kobukan and this is where the development and history of aikido begins.

AFTER YEARS AND THE CONSOLIDATION OF AIKIDO

With the newly founded Kobukan school, he begins teaching martial arts in conjunction with the development of aikido, which would be one of the most popular Japanese martial arts in the world.

During the initial time of his dojo, Ueshiba is invited on several occasions to teach military and martial arts classes to various Japanese military institutions (nakano spy schools, the imperial naval academy and the imperial imperial army academy), this is He was largely due to his excellent relationship with Sadao Araki (former war minister of the Japanese Empire) and also for Ueshiba’s military past. Ueshiba also used to have meetings with Jigoro Kano, founder of judo.

During the 1930s, small skirmishes and battles begin on the side of the Asian continent, in which Japan was involved. These events eventually became part of the Second World War. Ueshiba was against Japan’s participation in the war. I travel in secret for diplomatic meetings with the Chinese government, representing Japanese prince Fumimaro Konoe. Although, unfortunately, this meeting did not meet its objectives, which were to begin the peace dialogues.

There is no precise date on the foundation of aikido by Moriheu Ueshiba. This because it was a martial art that was absorbing a lot of techniques and knowledge by Ueshiba.

He subsequently moves to the Iwama area permanently. This was not a city area but agricultural. Here he founded a new dojo with the name of “Aiki Shuren Dojo”.

Ueshiba, coming from a family of farmers, once again exercised this noble profession in his new home together with the teachings of martial arts. During the final time of the Second World War and a couple of years later he was teaching martial arts in a clandestine manner since there was a prohibition established by the United States Army and government.

In 1954 after the prohibitions, he moved his dojo to Tokyo with the name of Ueshiba dojo. This would be the new central of aikido for the world.

Some time later Ueshiba would devote himself to the teaching of aikido. He would make different trips to the interior of Japan and even to the United States with the aim of expanding aikido throughout the world. He died of liver cancer on April 26, 1969.

In 1950 the television company NTV (Nipon television), made a recording about the main movements of aikido executed by Moriheu Ueshiba himself. This program has the name of «The teacher of aikido». He made different recordings demonstrating the effectiveness of aikido.