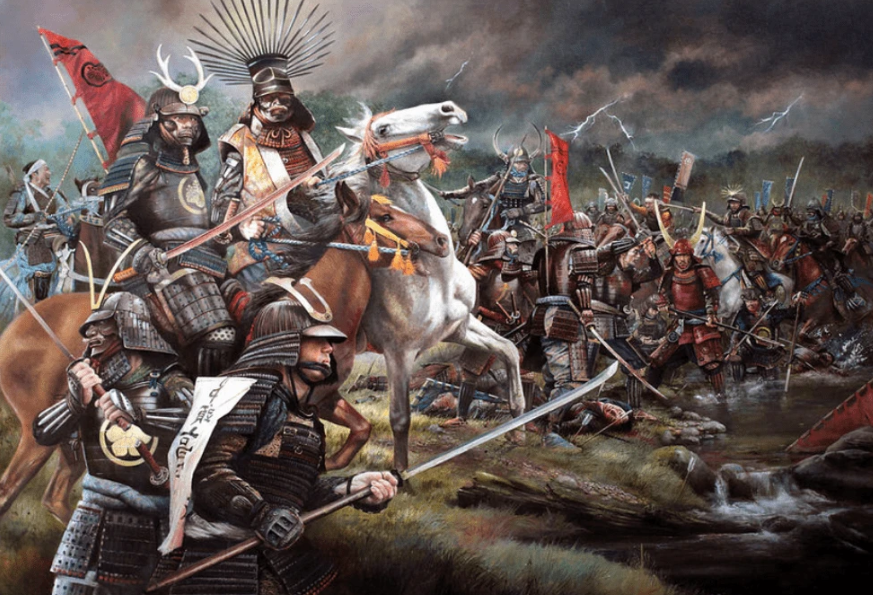 Within the biographies of famous samurai, Toyotomi Hideyoshi, the man who unified Japan, has a privileged place due to the great feats he performed.

This man, one of the most remembered famous samurai in Japan, is a proof that noble blood is not everything when the spirit prevails.

Toyotomi Hideyoshi, known in his life with multiple names, but remembered by the Toyotomi clan, was responsible for the invasions of Korea and for establishing a new order in Japan.

Learn about the most important aspects of this samurai’s life that transcended the socially accepted in Japan and made his own rules.

Toyotomi Hideyoshi, the man who unified Japan and invaded Korea

Toyotomi Hideyoshi is one of the most important famous samurai in history, because he was responsible for creating certain restrictions for the warriors, which lasted around 300 years.

If you like samurais, surely you had already heard that only they could carry katanas (Japanese swords) and that no farmer could become a warrior. Neither could any samurai who depart from his duties with his daimyo (powerful Japanese feudal lord) be able to devote himself to the field.

Hideyoshi was responsible for these reforms, which although they had a negative impact on the citizens’ freedom, allowed the control of the classes during Hideyoshi’s term.

Let’s get to know some of the most important aspects of the great Samurai Toyotomi Hideyoshi.

Few things are known about Toyotomi’s childhood. He was the son of Yaemon, a private soldier (ashigaru) who served in the armies of Oda Nobuhide.

Hideyoshi was born in 1537. The day is not known exactly, but there are two possible dates: February 2 and March 17. He was born in the Nakamura-ku region, Nagoya, in the Owari province, where the Oda clan ruled.

He was sent to study at a temple. However, it lasted shortly before he fled in search of his dreams. He began by joining the Imagawa clan. Later, when he served the daimyo of Suruga province, he fled with a good amount of money entrusted to him.

Then, he returned to Owari, where he joined the Owari clan as a servant. At the age of 20, thanks to his temperament, he got more important tasks.

Four years later, he married Nene (or O-ne), who joined him on his way to becoming a good diplomat.

At the age of 30, Toyotomi earned the trust of Oda Nobunaga, due to he got the services of the great strategist Takenaka Hanbei for his lord. Hanbei was a samurai from the Saito clan of Mino province, for whom Nobunaga had success by following his war strategies.

After standing as a great general and one of Oda Nobunaga’s famous samurai, Toyotomi successfully led his army on several occasions. And Oda decided to grant him three districts in the province of Omi.

Later, he was entrusted with the development and production of the Kunimoto arms factory. During Toyotomi’s management, the factory had impressive increases in its production of katanas and other weapons.

In 1982, when he was 45, his great opportunity had come: Oda Nobunaga and his son had been killed by Akechi Mitsuhide’s army and someone had to take his place.

Then, Toyotomi devised a whole plan to overthrow Mitsuhide. He went to the province of Settsu, where he took him off guard and won the battle of Yamazaki.

Thus, less than a week after the death of his lord Oda Nobunaga, Hideyoshi had avenged him and had taken control of the territories of the Oda clan again.

After Shizugatake battle, he prevailed as de facto successor of Nobunaga, against Oda Nobutaka and Oda Hidenobu, Nobunaga’s son and grandson respectively.

Hideyoshi was able to circumvent the attacks that his provinces suffered, in addition to the conspiracies against him by those who were dissatisfied with his succession. For this reason, he was immortalized as one of the most famous and powerful samurais in Japan.

In 1584, Toyotomi Hideyoshi was recognized by the imperial court as naidaijin (Minister of Internal Affairs). In addition, he continued to conquer multiple provinces and gain more soldiers for his ranks.

However, he was not bloodthirsty at all. A good part of his triumphs were due to the fact that he was a great strategist and showed mercy with some of the clans he defeated, thus adding allies to his clan.

In 1982, after a series of failed war strategies against Takamatsu Castle (considered an impenetrable fort), Hideyoshi flooded it with the waters of a nearby river, overcoming it and obtaining the surrender of the Mori clan. In 1583, Toyotomi ordered the construction of the great Osaka Castle, one of the most famous precincts in Japan.

In 1585, he became Kanpaku (Imperial Regent), although he wanted to be named shogun (active ruler). It was then that he offered an extravagant Tea Ceremony, where he served 803 people in one day, outnumbering the ceremony of the Ashikaga Yoshimitsu shogun.

In 1588, he enacted a law that prohibited peasants from having weapons. In 1591 he prohibited warriors from becoming peasants, while the peasants were also banned from being merchants. Finally, he forbade the hiring of samurai who had abandoned their daimyos.

In 1590, Hideyoshi ordered to write a series of plays about his life, which he performed multiple times, dressed in his favorite katana.

After a series of constant fighting, in 1591 all his opponents finally had surrendered and he achieved the unification of Japan under his control.

By 1592, Hideyoshi’s expansionist ambitions reached Korea in order to achieve a route to China and conquer it. However, after years of war in Korean lands, all his efforts were useless and thousands of lives were lost. Finally, the Japanese left Korea in 1598 after having suffered multiple defeats.

Toyotomi Hideyoshi, one of the most extraordinary famous samurai in Japan, died in September 1598, when his troops were still in Korea.

After his death, his second son, Hideyori, was supposed to take control when he became adult, since his first son had died. However, after Hideyoshi’s death, the clan weakened and quickly lost power.

With the great battles in which he won; and the multiple reforms he established in Japan, one could imagine that Hideyoshi was a big, strong and imposing man with a huge katana.

However, it was the opposite. At the beginning, his physical appearance did not help him much, since he was short and thin build. It is even said that Oda Nobunaga called him monkey face and bald rat.

It is necessary to emphasize his incomparable skills as strategist, because he was ahead of his opponent and always fought for the weak sides of his enemies.