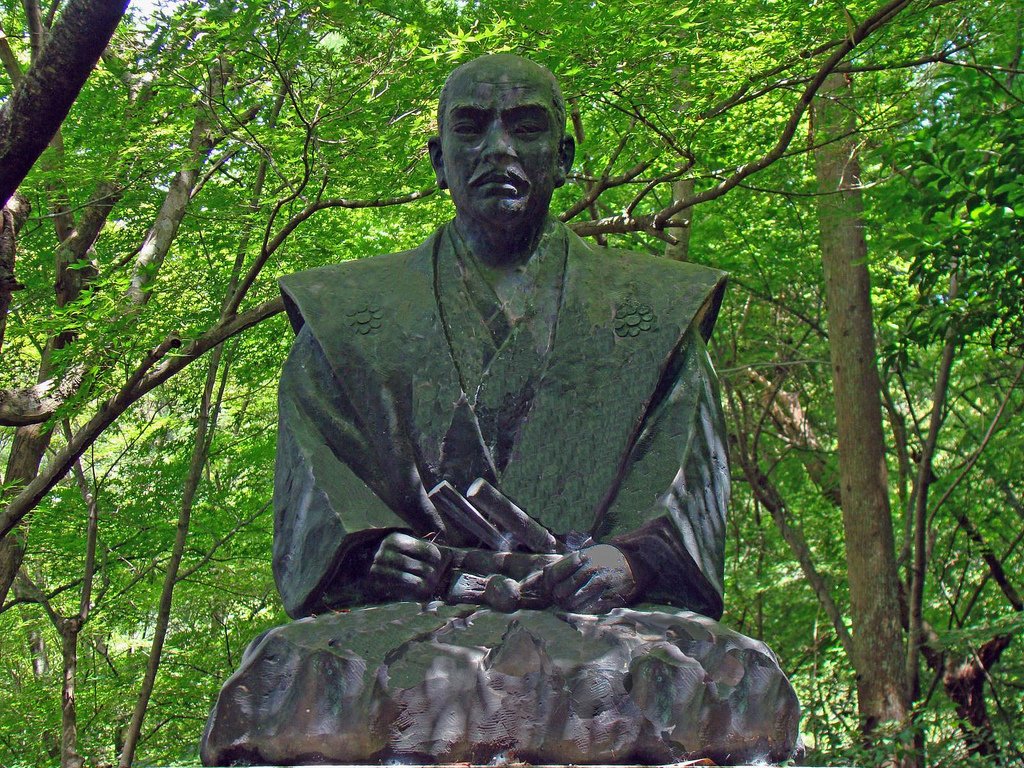 Among the famous samurai, Ishida Mitsunari noted for being the strictest samurai of the Sengoku period. Know his life and the exploits that immortalized him.

Identified as one of Toyotomi Hideyoshi’s toughest and strictest commanders, Ishida Mitsunari went down in history for his great loyalty and strong character.

From a young age he devoted himself as a rigorous samurai to the service of the Toyotomi clan, and to this he dedicated his efforts and whole life as a samurai.

And although he had some important achievements, he could never fully enjoy his victories, because he died being very young.

ISHIDA MITSUNARI, THE STRICTEST SAMURAI OF THE SENGOKU PERIOD

Ishida Mitsunari was born in 1559 however the exact date is unknown, south of Omi Province, present Shiga Prefecture.

He was the second son of Ishida Masatsugu, one of the most skilled commanders in the service of the Azai clan, until he was defeated in 1573.

Later, when he was just 19 years old, Mitsunari met the leader of the Toyotomi clan, when he was a Nagahama daimyo, around 1578.

As was known, Hideyoshi only chose samurai commanders who were skilled with the katana, who had true warrior spirit and had tactical thinking.

At the age of 19, Ishida was already shown as a strong and skillful warrior of thought, who dominated the katana and ambushes.

However, because of his intolerant, strict and not very flexible behavior, since he was young, he earned a reputation that would precede him throughout his life as unfriendly.

But Hideyoshi had no care for it, as long as he was the commander who brought him good news about his campaigns where Hideyoshi sent him.

In addition, he was a faithful follower of the Toyotomi clan, and accompanied them in their campaigns against Tottori Castle and Takamatsu Castle.

While Toyotomi Hideyoshi gained power, he knew how to reward his faithful commanders, granting them land and appointments.

So in 1585 Mitsunari was appointed administrator of the Sakai Province, along with his brother Ishida Masazumi, after Toyotomi was named Kanpaku of Japan.

Known for his fierceness, he was sent as Inspector of the Forces to Korea during the 1597 campaign, which Hideyoshi ordered before he died in 1598.

He was the leader of Toyotomi bureaucrats and had his confidence; During his time in Korea, he earned the hatred of some commanders who would take a crucial role in his death years later.

The reason was that he referred to Kuroda Yoshitaka and Kobayakawa Hideaki, with the Kanpaku Hideyoshi, as «not very strict in their conduct,» an assertion that they obviously disliked.

He had been named daimyo of Sawayama in the Omi Province and his Castle in Sawayama was reputed to be one of the most impenetrable.

Shortly before the death of the Kanpaku Hideyoshi in 1598, he was named as one of the five san-bugyo or superior administrators of the Toyotomi clan government.

As guardians of the interests of the still child Toyotomi Hideyori, heir to succeed the leadership of the clan once he reaches the adult age.

However, more unwavering than his katana, it was Mitsunari’s stiff temper, which caused him great problems and many enemies, quickly after Hideyoshi’s death.

By 1599 it is not clear what happened, there are at least two versions: one says that his distrust and paranoia towards Tokugawa Leyasu led him to the attempted murder, but he did not succeed and escaped thanks to the help of some followers of Leyasu.

The other says that it never happened and their differences were fully due to the succession of the Toyotomi clan’s power, which Leyasu desired for long before Ishida.

DEFEAT OF ISHIDA MITSUNARI THE SKILLED WARRIOR WITH THE KATANA

When the tension for power was unsustainable, it is said that Ishida got the backing of the other three san-bugyo: Mori Terumoto, Uesugi Kagekatsu and Ukita Hideie.

For his confrontation against the armies of Tokugawa Leyasu, in the battle of Sekigahara, he set up an ambush strategy for Leyasu’s forces.

And he had several armies at key points, among them, Mori Terumoto’s army, with whom, by the way, he discussed before the battle.

It is said that his defeat was orchestrated by the betrayal of Mori Terumoto (and another commander) who does not know if he planned it deliberately or just changed his mind from one moment to another.

However, it is in this way how Mitsunari’s excessive rigidity guided him to his death, carved by those whom he had despised at some point.

He was also betrayed by Kobayakawa Hideaki, by joining his troops to those of Leyasu. Hideaki was one of the commanders that Mitsunari had denounced with Hideyoshi as «not very strict in his conduct» during his campaign in Korea.

And although he managed to dodge the katanas and other samurai weapons in battle, he failed to escape from the followers of Leyasu, he was persecuted and captured.

There are different versions about his death, but they all agree that he ends up without a head, either severed or torn off without the delicacy of a katana blade.

He was taken along with other daimyos of the West Army to the Rokujogahara execution grounds in Kyoto. It is said that his head was exhibited for some time in Kyoto.

Finally, what defines the character of a man, of a samurai? While he died only 40 years old, mostly because of his arrogance and credulity.

He is also remembered as one of the famous samurai and he is the last commander of the Sengoku period. His strong and determined character led him to the head of the bureaucrats of the great Kanpaku Toyotomi Hideyoshi.