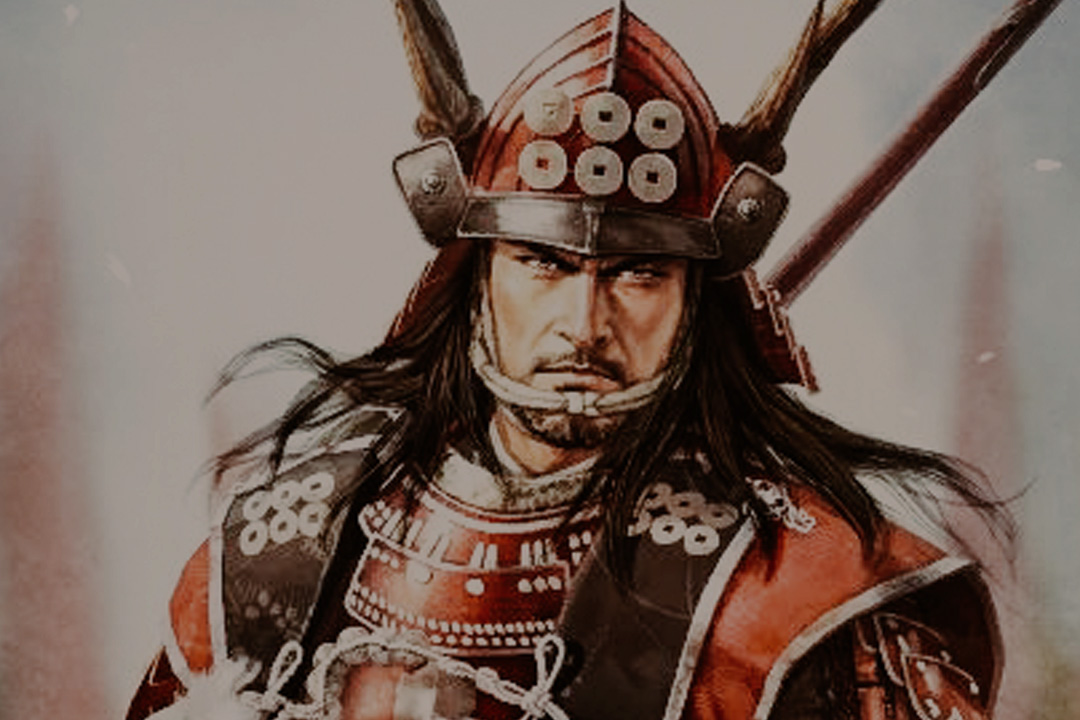 When we talk about famous samurais, Sanada Yukimura, an indomitable warrior, cannot be missing from the list. Perhaps he did not achieve great achievements nor did he establish a new order in Japan, what he did was leave his heart on the battlefield.

Sanada Yukimura is remembered throughout Japan as a tireless samurai, of noble heart, and indomitable katana, who defended Osaka Castle with his life.

Let’s meet the man who immortalized his figure behind a red armor and a helmet with deer antlers, with which he intimidated even the fiercest opponents.

The story of the samurai Sanada Yukimura revolves around the Toyotomi clan, which would found one of the most important famous samurai in Japan: Toyotomi Hideyoshi.

Sanada Yukimura’s real name was Sanada Saemon-no-Suke Nobushige, she was born in 1567 although the exact date is not known and there are not many facts about her childhood.

It is known that his father was Sanada Masayuki and his older brother was Sanada Nobuyuki, who would later join the army that murdered his brother Yukimura.

Sanada Saemon-no-Suke Nobushige became a legend and one of Japan’s famous samurai, after his heroic defense of Osaka Castle, in an act of suicidal bravery.

Due to his loyalty to the Toyotomi clan, Hideyoshi himself allowed Yukimura to marry at an early age with his adopted daughter Akihime (Chikurin-in), with whom he had his sons Daisuke, Daihachi and more daughters.

Yukimura was so pleased with the Hideyoshi daimyo that he allowed him to use the clan’s name, so in some places he was known as Toyotomi Saemon-no-Suke Nobushige.

After the death of Hideyoshi in 1598, another strong clan that hoped to take power since the fall of Oda Nobunaga: the Tokugawa clan went on the attack.

Led by Tokugawa Leyasu, his clan craved power since before the Toyotomi clan prevailed and now was their chance.

It was when the Sanada family separated, because while his father Sanada Masayuki and Yukimura himself decided to oppose the Tokugawa clan, his brother Sanada Nobuyuki joined him.

SANADA YUKIMURA CHOOSES THE BAND OF THE TOYOTOMI

Probably the most decisive moment in Yukimura’s life was when he had a choice between the Tokugawa and Toyotomi sides.

On the one hand was his loyalty and well-known nobility in front of the clan that had given him favors, the Toyotomi clan.

And on the other was the Tokugawa clan, which promised him wealth and greater power once they defeated the supporters of the former ruling clan.

However Yukimura, like his father Masayuki, in an act of courage, loyalty and nobility, joined the side of those who believed that Toyotomi Hideyori should govern.

THE SANADA DEFEND THE CASTLE UEDA

While Tokugawa Leyasu lay in Sekigahara, in October 1600, for what would be the battle that would define Japan’s next 250 years.

His son, Tokugawa Hidetada, led about 36,000 men to support his father’s cause, who faced those who fought to keep the Toyotomi clan in power.

In its wake, Hidetada found Ueda Castle sheltered by the Sanada and eager to surprise his father with a casual victory, he began the attack on the castle.

However, the fight was not simple and after four days of battle he decided to depart to Sekigahara, but when he arrived it was already too late. His father had been about to lose the battle and never forgave him; but despite everything they had succeeded.

In an act of benevolence, his brother Sanada Nobuyuki advocates for Leyasu to forgive their lives and they are exiled to the mountain of Koya san, with the monks.

While Nobuyuki received the lands that had belonged to his father and was raised with a fortune under the new mandate in Japan of the Tokugawa.

His father Masayuki died on Mount Koya san in 1608, where Yukimura remained almost 15 years in exile, but he never left his katana and his samurai principles.

SANADA YUKIMURA COMES OUT TO DEFEND THE CASTLE OF OSAKA

Osaka Castle was ordered to be built in 1583 by Toyotomi Hideyoshi and it was where his son Hideyori took shelter until he was old enough to fight with the Tokugawa.

In 1614, the time had come to fight for his succession and it was better to do so before the few remaining allies regretted it.

It was then that Yukimura came to the call of his loyalty to help Hideyori, son of Hideyoshi, the daimyo to whom he owed his loyalty.

Leyasu knew that his power would not be sure at all as long as Hideyori continued breathing and becaming stronger.

THE WINTER SITE OF SANADA YUKIMURA

This battle was known and remembered as the Winter Site and took place in the winter of 1614, at Osaka Castle.

From the East, about 200,000 men marched with the Tokugawa clan insignia, while in the West only about 100,000 Hideyori men were protected.

Sanada Yukimura was responsible of the defense of a wood barbican which one defended the east flank of the castle. What would later be known as Sanada Maru or Sanada stronghold, because their courage and of their samurais whom were unmatched to repel the Eastern army.

After several weeks of small melee fighting with katanas, other samurai weapons, and a fire of arquebus, the troops were repelled.

But it didn’t take much longer for Tokugawa Leyasu to take out his deadliest weapons: ten English and Dutch-made guns that occupied to end the battle.

Hideyori, with just 21 years of age , decided to give up and yielded to Leyasu’s demands, which included remove the castle’s defenses, because «they were no longer necessary.»

Leyasu only expected a good excuse to end once and for all with Hideyori and argued that they were returning to guard the castle were considered treason.

And once again they had their samurai troops to Osaka Castle, now without defenses, so between ronins and samurais they had to go out to defend the castle, and at the head was Yukimura.

A version tells that Yukimura finished with Leyasu crossing him several times with his katana, and a double was obtained to avoid the rebellion against the Tokugawa clan.

While the castle was waiting for Hideyori, who took a long time to go out to support his men, who had been fighting for two days without stopping.