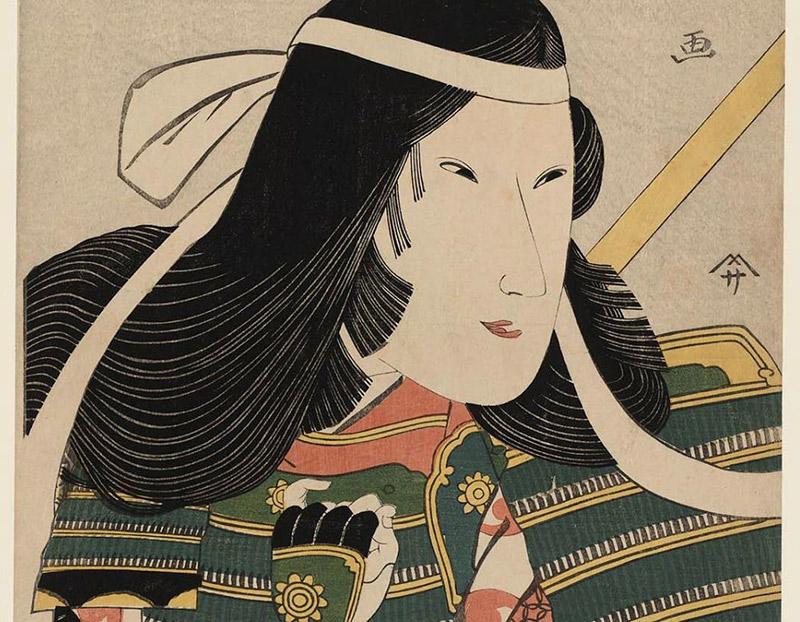 Samurai glory is not only of men, among the famous samurais: Tomoe Gozen, the fearless samurai woman of the Genpei Wars period, immortalized her name.

You may have never heard her name, but you have seen her portrayed in one of her multiple representations on horseback.

Tomoe Gozen is remembered for being one of the few samurai women who stood out and transcended in history. He undertook the fight at the hands of the Minamoto clan, heading for the foundation of the shogunate in Japan.

TOMOE GOZEN, THE BOLD SAMURÁI WOMAN OF THE PERIOD OF THE GENPEI WARS WHO IMMORTALIZED HIS IMAGE

Tome Gozen was born around the year 1157 although many things are not known about his childhood, what is known is that he was born in a family of fierce samurai.

This is how she learned to handle multiple samurai weapons, especially the naginata, a kind of sword with a long wooden handle that gave women some advantage.

However, its handling required special strength and skill, and was also popular among men. In addition to perfectly managing the naginata, he also dominated the katana, the bow and understood very well the horses.

From a young age he showed a passion equal to or greater than that of any samurai man for combat, she was well instructed in the bushido code and became one of the few onna bugeisha.

Her outstanding ability for melee battles would soon generate her famous prestige as a true bloodthirsty warrior.

It is said that Yoshinaka fell in love with Tomoe for her aggressive way of fighting and her unparalleled beauty spiced fiercely. But it is unknown if they were just friends, lovers or get married.

THE TALENTS OF TOMOE GOZEN

Heike’s Song describes Tomoe “as an especially beautiful woman, with white skin, long hair and beautiful features. Excellent archer, swordswoman and just a warrior worth a thousand, willing to face a demon or a god on horseback or on foot. «

She tamed wild horses easily and rode on dangerous slopes without any scratches. Yoshikana sent her as her first captain, equipped with heavy armor, a huge sword and a powerful bow. She was braver than any of her other warriors. ”

Her name Tomoe means Perfect Circle, emphasizing his way of fighting, which is why he received the honorary title Gozen, which was awarded especially to samurai women.

It should be noted that Tomoe was not like other samurai women or onna bugeisha, who mostly limited themselves to protecting their home while their husbands were at war.

DIVISION OF MINAMOTO FOR POWER

Historically, the Taira and Minamoto clans disputed the political and military power of Japan with the post of Grand Minister or Daijo Daijin.

The Taira clan had annihilated the leaders of the Minamoto clan years ago, leaving only the Minamoto no Yoritomo children, their brothers Yoshitsune and Noriyori, and their cousin Yoshinaka alive.

Once grown up they stripped together to regain the power of the Minamoto clan, and they won in various battles, such as in Kurikara, where they kidnapped the emperor with Tomoe’s help.

Soon the rivalry and discord between brothers and cousins ​​was born and betrayals were present. Minamoto no Yoritomo, who longed to be the founder of the shogunate, ended his possible opponents, even if it was his brother Yoshitsune and his cousin Yoshinaka.

TOMOE GOZEN IN THE GENPEI WARS

After the battles they had fought against the Taira, the only rivals were themselves, and the division between the Minamoto brothers and cousins, was the beginning of their particular war.

Yoritomo allied with his brothers temporarily to defeat Yoshinaka, who had been defamed by Yoritomo and lost hundreds of samurai soldiers, but not Tomoe.

The two fractions of the Minamoto clan met on the Uji River, where luck smiled at Yoritomo and his brothers. While the weakened troops of Yoshinaka and Tomoe fled to save their lives.

It is said that two days later they met again in Awazu on the shores of Lake Biwa, where their defeat was imminent and only a matter of time.

THE HEROISM OF TOMOE GOZEN

Upon realizing the situation, Yoshinaka wanted to commit seppuku, before he was captured, tortured and executed by the forces of his cousins.

So Tomoe Gozen in an act of almost suicidal heroism, took his horse, took off his helmet and rode until he was facing one of the generals of the troops.

She proposed an individual fight, in order to distract attention and give Yoshinaka some time to die with honor.

It is said that the general disbeliever she challenged was large, big and very skilled, but she was used to fighting against all kinds of men.

After a short but intense fight, where she was about to be injured, Tomoe Gozen fixed his sight on the general’s neck and with a clean blow cut his head.

After he honorably blew up the general’s head, another samurai challenged her to a duel and although she was exhausted she accepted.

He thought that would give Yoshinaka more time to consummate his seppuku and avoid the dishonor of dying at the hands of his cousins.

For a few minutes Tomoe was able to withstand the onslaught of the young man’s furious katana, however, fatigue would soon take over her completely.

In a last attempt to stay alive, Tomoe wounded the young man in the abdomen with his halberd and quickly in the bewilderment he mounted his horse and fled to where Yoshinaka was.

Who could not finish the seppuku ritual, because after writing his poem and shortly before nailing the dagger, he was pierced by a rain of arrows.

There is no definitive story about the end of Tome Gozen, the most accepted is that she found Yoshinaka’s body already lifeless, took his poem and fled.

Some say she died in that same battle, but there are those who trust that Tomoe Gozen, one of the most dangerous samurai women fled to a monastery.

After her life of bloody battles and seeing the death of what could be the love of her life, she decided to dedicate his life to being a nun in a Buddhist monastery.

To commemorate the courage, passion and great dexterity of the samurai warrior Tomoe Gozen, the Tomoe Gozen katana was forged that congregates its best characteristics.