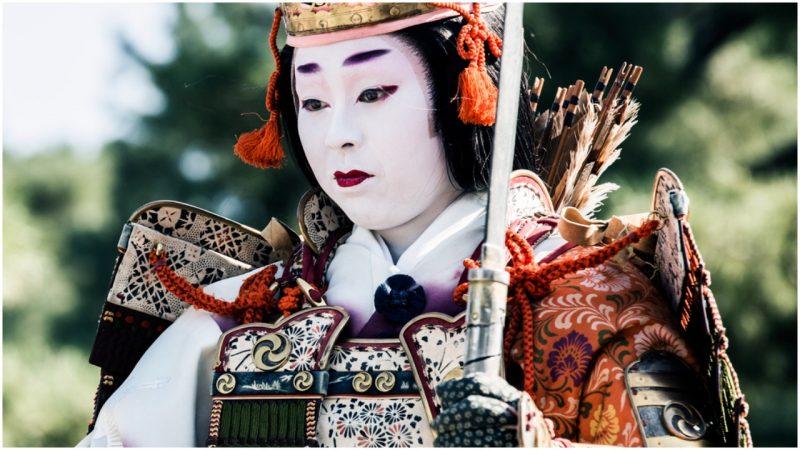 Among the famous samurai, Hojo Masako, the samurai woman behind the power of the Minamoto clan, has a whole chapter in the history of Japan.

Few women were onna bugeisha (samurai woman), and even less, they held political power wisely and for as long as Masako did.

Its history is one of the most exciting in Japan, and it developed during a decisive time for the form of government of Japan. Her husband, Minamoto no Yoritomo was the man who established the shogunate in Japan, but did not do it alone.

HOJO MASAKO, THE SAMURAI WOMAN AFTER THE POWER OF THE CLAN MINAMOTO THAT INSTALLED THE SHOGUNATE

In Japan, customs did not allow women to spend much time with men, however, Masako was raised differently by his father.

She was born in 1156 in the Province of Izu, his father, Hojo Tokimasa, was one of the most influential men in Japan at that time.

He decided that his daughter would be a bugeisha onna different from the rest, Masako received lessons from his father for horse riding, hunting, fishing, fighting with naginata, katana and other samurai weapons. In addition, he was allowed to eat with men and be present while talking about politics.

His destiny was different from the beginning, his father Tokimasa greatly influenced the strategic and calculating temperament that Masako developed.

The lives of Hojo Masako and Minamoto no Yoritomo, were united since they were children although they still did not know.

When the Taira clan, with the help of Emperor Go-Shirakawa, almost exterminates the Minamoto clan, starting with Minamoto no Yoshitomo, leader of the clan and father of Yoritomo. The only survivors of the clan were his children and a nephew, who were held in monasteries.

However, Yoritomo was welcomed by Hojo Tokimasa, and that is how Masako and Yoritomo met since they were very young.

Later, his father arranged his marriage with a Taira general, but Tokimasa discovered that Yoritomo and his daughter had fallen in love. He is said to have asked him to kill his current fiance to be able to marry her and it was.

By 1182, when Masako was 25, they had their first son Minamoto no Yoriie, just when the Genpei War broke out and his power was about to consolidate.

They were difficult, bloody years, full of betrayals, ambition and hunger for power, the Taira and Minamoto clans discussed the control of Japan over the Imperial Court.

Between 1183 and 1185, the battles for hard and constant, the half brothers of Yoritomo, Minamoto no Yoshitsune and Minamoto no Noriyori, were of great help for what would be the first total shogun of Japan.

Also his cousin Minamoto no Yoshinaka, was his ally in the first battles, then, as with his half brothers, discord was born between them.

Once the Taira clan was defeated with its last leader Taira no Munemori, Minamoto no Yoritomo, with the support of Masako, devised strategies to end his half brothers and his cousin, so that no one could seize power.

Arrived 1192, Minamoto no Yoritomo was named shogun, by Emperor Go-Shirakawa, although some say he named oneself.

At that time, Yoritomo became the most powerful man in all of Japan, and Masako was the most powerful woman in Japan. As Yoritomo did not get only the position, she helped him and kept supporting him at all times, even in battles.

For seven years Masako, Yoritomo and Tokimasa shared the absolute power of Japan, because with their alliance Minamoto had managed to defeat the Taira.

But in 1199 Yoritomo’s life came to an end, it is not known exactly what happened to him, some say he died after falling from a horse because of the injuries it caused.

After the death of her husband, Masako decided to become a nun, she cut her hair herself and began practicing buddhism, however she did not confine herself in a monastery.

She continued to rule behind the scenes with his son Minamoto no Yoriie, the new leader of the clan, while his father Tokimasa and the Hojo clan took over Kamakura and maintained the power of the shogunate until 1333.

The young Yorii married a daughter of the Hiki clan, who were enemies of the Hojo clan, an act that marked his future and early death. As his mother Masako realized that the young couple planned a betrayal of the Hojo clan.

But Masako intervened and was not consumed, however, Yorii’s wife was executed and that would mark the misfortune of Yorii, who was exiled and soon killed by orders from his grandfather Tokimasa, in 1204.

HOJO MASAKO AND HIS THIRD SHOGUNATE

After the Death of his son Yorii, Masako diplomatically arranged for the successor to be his second son Minamoto no Sanemoto in 1203.

In an era where blood ties only mattered if it was a succession to power, Masako had to resist the death of his son and his eldest grandson, on the orders of his father Tokimasa.

And upon learning that he planned to do the same with his second son, Sanemoto, she asked his younger brother Hojo Yoshitoki for help, so that they would threaten his father if he did not abdicate power.

This is how the fierce Masako defended his youngest son and his own power from the clutches of his father, who by 1205 was the most powerful man in Kamakura.

DECLIVE THE POWER OF HOJO MASAKO

After staying strong and stable for fourteen years, they hadn’t realized that a wound from the past had become infected and would soon attack.

Minamoto no Sanemoto was killed by surprise by his nephew, the youngest son of Minamoto no Yorii, who unfairly hated him for having replaced his father to power.

That year, in 1219, his nephew was persecuted and executed, thus ending, perhaps without realizing it, the Minamoto clan lineage.

Quickly, Masako thought a plan not to lose power and named a seven-year-old boy named Kujo Yoritsune who had Minamoto blood ties.

But his diplomacy did not work very well this time and by 1221 the Emperor Go-Toba rebelled in a failed attempt to restore the Emperor’s power. Yoshitoki successfully stopped Go-Toba’s intentions in what became known as the Jokyu War in 1221.

From there things would not go very well for Masako, by 1224, his brother and ally Yoshitoki died of a fulminating disease.

Her husband and children had already died, her father died in 1215 and now her brother, her last relative and friend also left her.

By 1225 shortly after making his last negotiation in favor of the shogunate of his protege against the Miura clan, Masako died quietly.

He died at 69 years of age and was known as the shogun nun or the ama-shogun, as it was well known that she ruled after the shogun in turn.

In this way, she was able to remain in power in Japan for 33 years, and 26 years longer than Minamoto no Yoritomo himself who died in 1199; That was her husband and first shogun of Japan.

In his honor and his splendid abilities to govern and know how to move the threads of war in his favor, this katana was forged.

The Hojo Masako Katana brings together its best qualities.