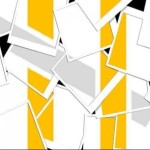 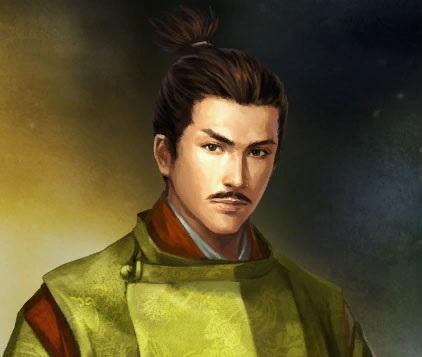 If we talk about famous samurai, Hojo Ujimasa, the samurai of the siege of Odawara, he is certainly remembered for being the main opponent of the Toyotomi clan.

Hojo Ujimasa went down in history as one of the most commemorated samurai in the history of Japan, for how he administered his fiefdoms and how he directed and grew the Hojo clan.

He was not exactly a great warrior with the katana on the battlefield, but his ability to engage in public relations was as sharp as his katana.

HOJO UJIMASA, THE SAMURAI OF ODAWARA AND PUBLIC RELATIONSHIPS

If you’ve ever heard the expression, «it was an Odawara conference,» or something similar, now you’ll know what it means and what it has to do with the Hojo clan.

Hojo Ujimasa was born in 1538, although the exact day is unknown, his father was Hojo Ujiyasu, the leader of the Hojo clan until 1560.

His father Ujiyasu gave the leadership of the clan to Ujimasa, but both were responsible for continuing to govern, because his father had the experience and Ujimasa the youth.

He learned many things from his father, including patience and military strategies, followed his advice until his death in 1571.

He lived during the Sengoku period and became the fourth leader of the Hojo clan when his father abdicated the leadership in 1560, however, his true government began in 1571 when his father died.

When he was 33 years, Hojo Ujimasa was a man known for being determined, hard, fair and very observant, in addition to his well-known ability to establish public relations.

He was a daimyo of Odawara and his reputation as a good administrator preceded him, Odawara Castle was one of the most impenetrable forts.

It had a privileged and strategic location in the Hakone Mountains, so not many clans dared to attack it.

THE PUBLIC RELATIONSHIPS OF HOJO UJIMASA

It might not be the brightest P.R., but at that time this term was not even known. However, Ujimasa made it exist by entering into peace agreements with some of its worst enemies, such as the Takeda clan.

In 1570, after their families shed blood historically, Ujimasa decided that it was time to stop and reach a peace agreement.

Although his new alliances did not much like other enemies in common with his new allies, as happened with the Uesugi clan, which attacked the northern lands of the Hojo clan.

He had several similar experiences in which he allied himself with his former enemies, creating new opportunities, but winning new opponents.

He also faced the repeated betrayals of some of his former enemies with whom he had waged truces. Especially when the clan leader with whom he had created the pact died, as happened with the Takeda seven years later.

THE BATTLES OF HOJO UJIMASA

But these sudden changes did not take Ujimasa entirely by surprise, he was not naive and he knew that such actions could be expected.

He was alert and prepared for when the battles knocked on his doors, he was not a samurai who precisely liked to go out with katana in hand to look for a fight.

He sent his troops only when he had a good strategy, he had studied the terrain and a considerable well-armed fleet. As in the Battle of Kanagawa against Takigawa Kazumasu.

In spite of everything, he also lost in several campaigns, one of the hardest defeats was against Torii Mototada, who led the Tokugawa Leyasu armies.

As part of their alliances to create peace agreements, Ujimasa’s son, Hojo Ujinao, married a daughter of Tokugawa Leyasu.

The Hojo clan had become one of the strongest independent clans in all of Japan, had faced powerful clans like that of Oda Nobunaga and made alliances with strong enemies like Tokugawa Leyasu.

For some time they defeated multiple opponents and conquered new territories, until they managed to control the western flank of Japan.

But everything took a new turn when in 1582 Oda Nobunaga was betrayed by Akechi Mitsuhide and he and his son Nobutada were forced to commit seppuku.

At that time, things changed when Toyotomi Hideyoshi decided to take full power, and convinced Leyasu to join him. Thus, one of the last battles that Toyotomi would have to overcome before becoming the unifier of Japan.

FALL OF THE HOJO CLAN

The Hojo clan interfered with Toyotomi Hideyoshi’s plans to be the only shogun in Japan, he wanted to unify Japan under one command and he succeeded.

In 1590, when Hojo Ujimasa decided to give the leadership of the clan to his son Hojo Ujinao, shortly thereafter, Hideyoshi finished his preparations to attack the Hojo and their castles.

By April 1590, Toyotomi began with the siege of Odawara, but Ujimasa and Ujinao were confident of the impenetrability of their castle and overlooked the intelligence of their new opponent.

Toyotomi sent small troops to attack the other castles that belonged to the Hojo and were less protected.

The result was fatal, the first castle to fall was Yamanaka’s. Then they defeated Nirayama Castle and shortly after that of Soun, who resisted the attacks for three months.

While his troops ended up with the Hojo castles of the surrounding regions, Toyotomi Hideyoshi and his troops of 200,000 men, made themselves comfortable in a camp just outside Odawara Castle.

So far the Hojo had not understood that Hideyoshi was not willing to leave without obtaining the surrender and / or death of the clan leaders.

They had enough supplies for more than a year and as part of Hideyoshi’s audacity, the camp brought merchants, jesters, musicians, courtesans and even the wives of their samurais.

In this way it was clear that he had no problem with waiting long enough, unlike Odawara Castle.

That although they had reserves enough, the news of the fall of their castles and the show of tranquility and fun of Hideyoshi’s troops, diminished the mood of the samurai of the Hojo clan.

The Hojo castles continued to fall into the hands of Hideyoshi, the last ones to fall were Hachigata Castle, Hachioji Castle and finally Tsukui Castle which he preferred to surrender.

Oshi Castle resisted so much that even Hideyoshi’s troops used their lord’s old strategy and flooded the castle, but did not give up, until they learned of Odawara’s surrender.

After almost five months of resistance, the Hojo decided to surrender, especially Ujinao, who thought it would be the best.

However, hard and stubborn Ujimasa did not want to become a subject of Hideyoshi, who knew it perfectly and forced him and his brother Ujiteru to commit seppuku.

Ujinao was forgiven for the intervention of his father-in-law Tokugawa Leyasu, but he was sent into exile and died the following year.

Defeated only by the best, Hojo Ujimasa is remembered as one of the most important famous samurai in Japan.

In his honor the Katana Hojo Ujimasa was forged, which brings together the best qualities of this great samurai, know it!