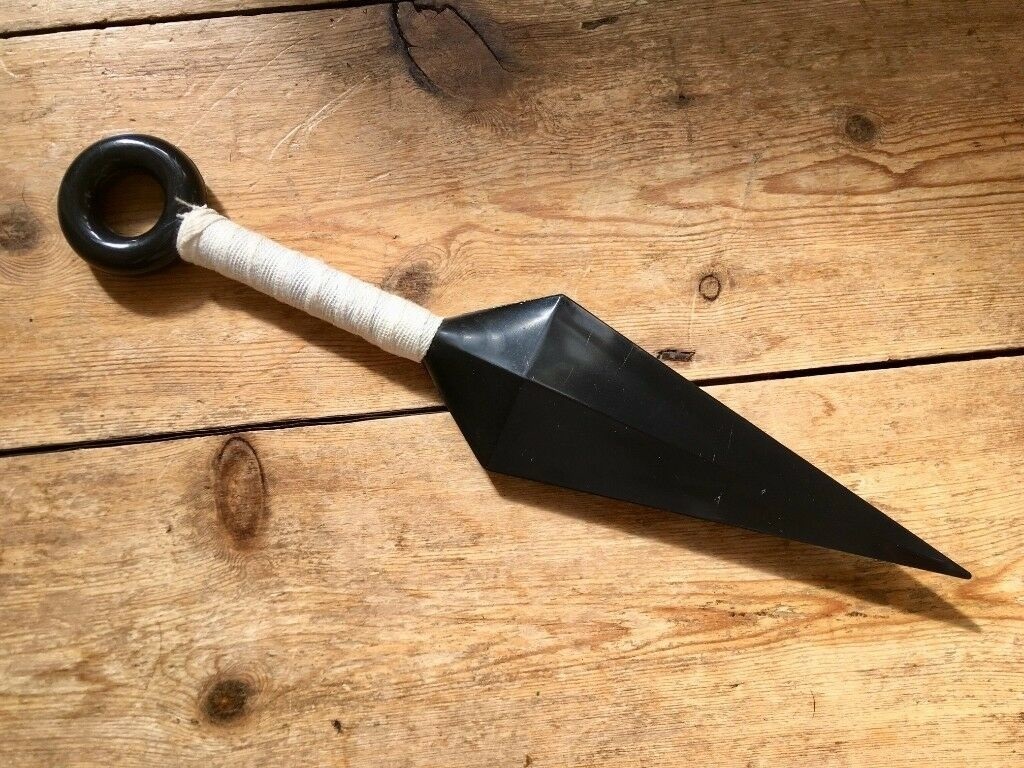 A Kunai is a mainly throwing weapon, although it also has the functionalities of stabbing, using it as a spearhead, etc.

What is a Kunai and what is its origin?

A Kunai is a weapon which origin is from Japan and its name means «without difficulty.» This instrument, or rather a tool, comes from the Sengoku period; and at that time it was used for agriculture and gardening.

Similarly, this weapon could have other functions. Among them, there was its use as a regular knife, as well as a hoe or even as a short shovel. Also, it was used in carpentry and even in masonry.

All trades in feudal Japan had a Kunai as an assistant. Since most of these works were dedicated to carving, digging and cutting. Thus, using a knife is essential. On the other hand, the Kunai easy reproduction helped it spread in Japanese culture.

However, as time went by and due to its marked characteristics, this knife became a lethal weapon. Thus being a multifunctional knife that could be used in the hands of a professional in the management of martial arts.

Thanks to its symmetrical design and perfect center of gravity, the Kunai worked very effectively. So much was its popularity that it began to be used more frequently in the ninja’s arsenal. Also, its discreet design and versatility prompted it to be used regularly.

As a weapon, it is used to hit, puncture and even to throw, being similar to a shuriken. On the other hand, this instrument is characterized by not being sharp, thus being possible to grip it on all sides. It is possible to handle more than one Kunai at a time.

The Kunai has a very particular design. It has a triangle-shaped blade and at the base of the handle has a hoop that serves to tie a rope. The Kunai sides are not sharp, because of its background as a gardening shovel.

There are two versions of the main Kunai. One is short, this is called «Shokunai,» the other one is long and is called «Daikunai.» These two styles are marked by a difference from 20 to 60 cm.

However, there are other types of Kunai, which have very particular differences. Among those weapon styles, we find two widely used which are:

It is also called flying Kunai, it usually has a long kaginawa at its end.

This type of Kunai is recognized for having saw teeth on its sides. This feature was used to cut wood of all types, such as floors or walls.

As in an ordinary Kunai, in the shikoro we find different versions depending on the weapon’s size. Having a saw blade on the sides, it is a much more lethal instrument.

On the other hand, the shikoro was very practical, because it served to create entry or escape passages. And, like any martial arts tool, this type of Kunai can be used in various ways when fighting

Technique and how to use a Kunai

The use of this weapon proves to be difficult. This is due to the complexity of its management, since to be an expert you need a lot of practice. Likewise, the guidance of a qualified instructor is necessary.

The Kunai are usually thrown by grabbing them by the handle or spinning them using the hole they have in the base. Likewise, they are thrown by stretching the arm from our sides towards the front. Also, it can be done from top to bottom. It all depends on the style.