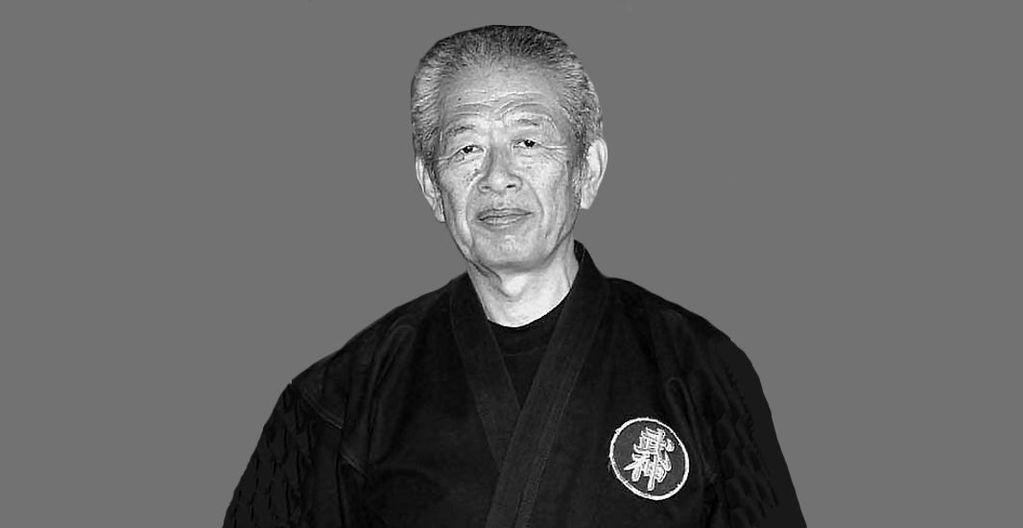 There are great masters of martial arts who have achieved unimaginable feats, such as Jigoro Kano with the foundation and expansion of judo or Bruce Lee himself who founded the Jeet Kune Doo and became one of the leading martial exponents on television. These teachers, and many, more unfortunately have passed away, but there are still excellent martial artists of the old school and one of them is Masaaki Hatsumi.

Masaaki Hatsumi was born on December 2, 1931 in the small town of Noda belonging to the former Japanese empire (current state of Japan). This was a very active young man and his first contact with martial arts was the practice of kendo, at the young age of 7, his father guided him in the different techniques of this martial art.

Already a little more mature between the years of high school and college begins to train boxing and judo. In judo it begins to be more frequent and to practice it with more determination by which it manages to obtain the first dan. As a medical student at the university, I taught judo to the US military in an area near the base area of ​​Yokota. The US military was amazed at the incredible movements of Hatsumi being able to bring down opponents who almost doubled in weight and height.

HATSUMI AND ITS FIRST TEACHERS

After graduation, Hatsumi wanted to continue his studies and training in martial arts and for this he managed to contact Ueno Chosui and starts training Kobudo.

After a few years of training Hatsumi decides to find another teacher for which he finds Toshitsugu Takamatsu also called «The Mongolian Tiger». Takamatsu did not accept any student who approached him to ask to be his teacher, but he saw something special in the young Hatsumi. He was training for 15 long and hard years with his teacher Takamatsu on the island of Honshu.

WHAT HATSUMI TRAINING MARTIAL ART STYLE IN WITH TAKAMATSU?

Takamatsu taught very old ninjitsu styles with some influences from modern martial arts such as karate and judo. What he learned on the island is of great importance to Hatsumi and of great vitality since he would begin his way in the ninjutsu. Then Hatsumi began training with Master Soke. This teacher would teach him a peculiar combination of martial styles that ranged from ninja martial arts to different fighting modes practiced by the ancient samurai. Although he continued to have links with Takamatsu, this great teacher dies tragically in 1972, a fact that shakes Hatsumi.

Hatsumi manages to achieve great goals by training with his teacher Soke, after a time of hard practices and training, Hatsumi received the art of the nine schools. Three of which belong to ancient Ninjas schools and the other six «academies» of the samurai with tradition of traditional jiu jitsu.

HATSUMI AND THE BUJINKAN FOUNDATION

The foundation of the Bujinkan school occurs around the beginning of the 1970s. This organization taught and defended the philosophies and techniques of the nine schools learned by Hatsumi through its main teachers (Takamatsu and Soke) saving the ancient traditions of ninjitsu Japanese in our modern era.

A prominent feature of this organization founded by Hatsumi is that they do not participate in competitions or tournaments since the spirit of true martial artists does not reside in competitiveness. Since the main objective of martial arts is survival in war or fighting. This fact was always defended by Hatsumi. Currently the school continues to train a large number of martial artists who have traveled around the world expanding Hatsumi’s knowledge.

SOME CURIOSITIES OF MASAAKI HATSUMI

Masaaki Hatsumi has a great love for martial arts and its expansion through the teachings of his disciples but is also characterized by other peculiarities in his life. He practiced medicine at the university and in his clinic eventually. He also liked football and became the captain of this sport in his university days.

Hatsumi also has remarkable taste for history. It usually describes the origin of the ninjitsu found in mountain traditions, which were influenced by exiles from the Tang dynasty. Additionally Hatsumi had a vocation, in addition to martial arts, and it was writing. He was the chief editor of a martial arts magazine called «Tetsuzan.» He was also president of the writers’ guild of Japan.

Another job that Hatsumi exercised was to advise the various martial arts movements within movie recordings, with the aim of polishing martial techniques. He was also an advisor in several famous films such as in the saga of «James Bond You Only Nice» directed by Lewis Gilbert. He was also coordinator of tricks and maneuvers in the Japanese series of «Japanese Tokusatsu Genkai ninja sen jiraya». Currently, Master Hatsumi is 87 years old and remains active in martial activities.

Today Hatsumi conducts consultations in his old dojo in the city of Noda, prefecture of Chiba. He also usually has a strong reception of foreign students who fulfill their dreams of training with the great teacher Hatsumi.

Something outstanding is the final exam of the fifth dan that is evaluated by Hatsumi, this is that the aspirant feels in the form of seiza and behind it is another person standing with a boken (cane made with bamboo wood) ready to hit him but if the aspirant manages to dodge it with his instincts, he will have passed the test.

Hatsumi is considered someone very close to his students, so he has expressed in numerous interviews his willingness and desire to continue transmitting the essence of martial arts, with a clear objective: «to make honorable and admirable disciples who remain in constant growth.» This is how Hatsumi, we can consider him one of the most inspiring martial artists of these times.