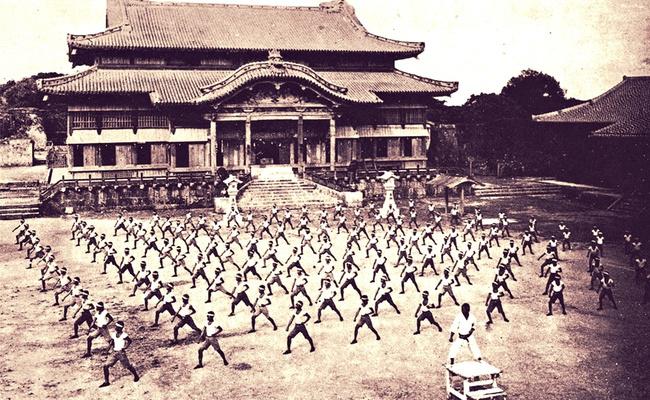 Spins, strength, flying kicks, dexterity, speed, power, balance and will are some qualities of one of the oldest martial arts, Taekwondo.

Nowadays, Taekwondo is considered a combat sport and it is one of the most practiced sports worldwide. In 1988, it became an Olympic sport.

It is a martial art that surprises with its variety of kicks and complex movements. Taekwondo means «the way of foot and fist».

Its repertoire of blows ranges from fists, open hands, fingers, elbows, knees, instep, the heel, the wrists and the forearms. It uses almost every part of the body so that people defend themselves.

It is a sport that began as a martial art at the service of war, the liberation of a nation and as a cultural symbol. Let’s see the origin and history of this great sport, Taekwondo.

The history of Taekwondo begins with that of Korea, from first century B.C. to seventh century A.D.  There were three rival kingdoms: Goguryeo, Silla and Baekje With the rivalry of these kingdoms and their constant struggles, Taekwondo emerged from the mixture of two martial arts that originated at that time, “Subak” and “Taekkyon”.

The «Subak» has its origin in the mountainous regions of Korea, so its first precursors had stronger legs than their arms. This caused them to develop a fighting style based on heavy kicks, blocks and takedowns.

On the other hand, the “Taekkyon” was developed for the strengthening of body and mind, to use freely the feet and hands; and to adapt to any critical situation in the ancient kingdom of Koguryo (the Goguryeo kingdom).

They become unified in the Hwa Rang Do

These two styles became unified in the Hwa Rang Do, one of the oldest martial arts in Korea, which had a fundamental role in the education of the kingdom’s elites.

The warriors who practiced Hwa Rang Do resembled the figure of the samurai or the knight. It was a social, educational and military organization based on a code of honor, loyalty to the nation, respect or obedience to parents, as well as honesty, courage in battle and omission of unnecessary violence. Apparently, this code of honor is the philosophical basis of the current Taekwondo.

This martial art, besides having a great importance in military education, in physical and combat training, also had an important role in festivities and religious rites, since during these acts it was carried out in exhibition combats.

It is believed that the development of the first techniques of Taekwondo arose from the analysis of animal fights, whose movements are offensive and defensive.

Taekwondo in the Middle Ages

The techniques of «Subak» and «Taekkyon» were systematized and became a compulsory subject for the selection of military cadets, matter imposed by the Koryo dynasty, which unified the Korean peninsula.

During the times of the Koryo dynasty (from 918 to 1392 A.D.), knowing the combat techniques of the Hwa Rang Do was of the utmost importance to belong to the military forces and to be promoted. Several soldiers promoted captains if they demonstrated great skill during the battle.

The popularity of this martial art extended beyond military barracks. It came to the villages thanks to the many martial arts competitions that were held by order of the kings of the Koryo dynasty.

This popularity was diminished when the firearms entered, stopping the development of this martial art.

Taekwondo in the modern world

At the beginning of modern times of Korea, in the Chosun dynasty, Taekwondo was called “subakhui”.

During this period, Taekwondo lost momentum because of the dynasty’s ideology, which had been converted to Confucianism, giving more importance to literature than to martial arts. However, it remained within the military ranks for the purpose of selecting soldiers.

After Japan’s invasion of Korea, the government regained interest in martial arts as a measure of strengthening national defense. During this period, a book called Muyedobo-Tongji emerged. This book compiled different martial techniques that would make up the basis of modern Taekwondo poomsae, which have been modified with scientific principles.

Taekwondo as a symbol of cultural identity

However, the Japanese colonial government, with the intention of suppressing the Korean people, banned any fighting art. So, the Taekwondo techniques began to be taught secretly until the liberation of the country in 1945.

With the liberation of Korea from the Japanese colonial regime after World War II, the practices of «Subak» and «Taekkyon» were reinforced as a symbol of Korean cultural identity. Since they wanted to relive Korean traditions and make a distinction of Japanese Karate and Korean arts, what we now know as Taekwondo was developed.

In 1955, General Choi Hong Hi made known Taekwondo as a new martial art. As we can see, Taekwondo has ancient roots, which ranges from the struggle of great empires, the education of military elites, the liberation of a nation; and as a cultural symbol of Korea. Therefore, we can see the values on which this sport is based.

Taekwondo originated as a martial art with a complex system of physical exercises for struggle, mental development and philosophical principles, with the intention of harmonizing and uniting body, mind and life.

Nowadays, Taekwondo has been developed as a combat sport with 5 tenets: