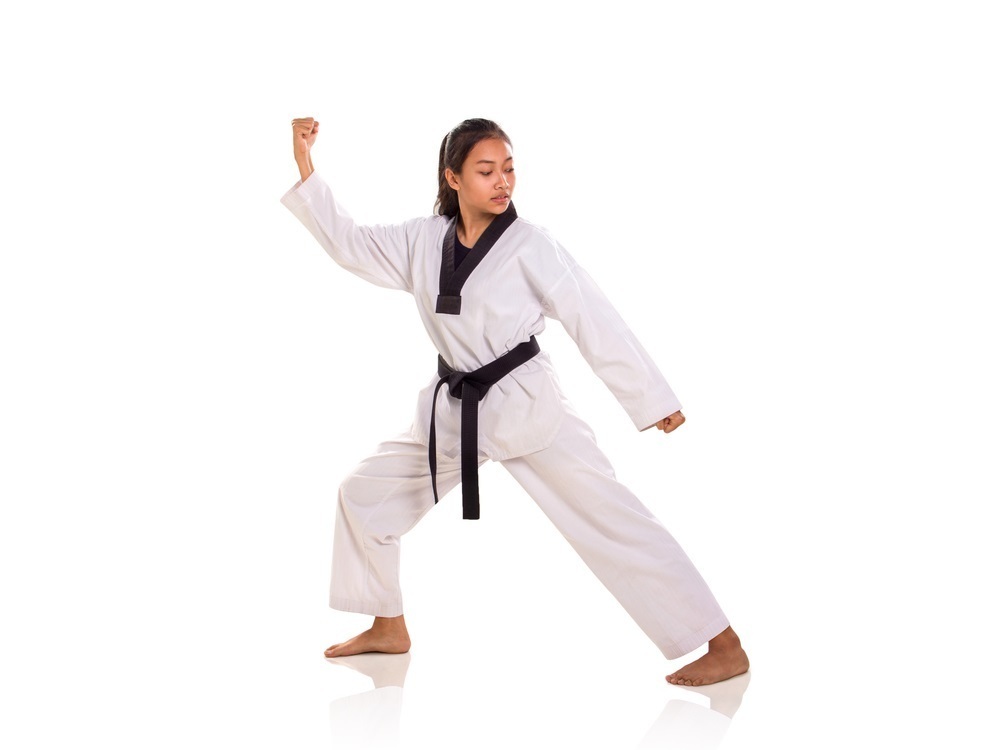 The Poomsaes or Pumses of taekwondo also have a mystical and philosophical component that is part of the culture and tradition of the people of Korea.

The word Poomsae, also known as «Pumse«, has the meaning of form. It could be said that in taekwondo, the poomsaes represent the union of movements that symbolize attacks and defenses that are made based on a line. These displacements are intended to simulate attacks and forms of protection, either against one or more aggressors.

The Poomsaes help and educate the student’s body that by practicing them perfect balance, synchronization, agility, breathing, etc.

Each movement or poom has a long history that goes back almost 5000 years ago and that is why we can not only say that the Poomsae is Taekwondo but that the training of the basic movements are dedicated to the perfection of the poomsae.

The Pumses or Poomsaes are, as we said before, combinations of leg and fist techniques along with simple and complex defenses. These techniques are developed on a physical part and another spiritual and philosophical part. This is why we can say that poomsaes cultivate the taekwondo student in every dimension.

Currently, in the taekwondo competitions and specifically in the technical or poomsaes specialty, their execution is evaluated from various points of view such as aesthetic and symmetric (balance, coordination, etc.)

The Poomsaes or Pumses of taekwondo have their genesis in the book «I Ching«. The book I Ching is a Chinese oracle composed of 64 hexagrams in combinations of 8 series of three lines each. These series are called Trigrams.

Each Poomsae is associated with a particular Trigram that explains the meaning of the Poomsae.

The cut lines represent the YIN and the continuous lines the YANG.

The current TAEGUK poomsaes were created by the WTF maintaining the philosophical root of the ancestral PALGWE poomsaes. They are a set of 8 poomsaes or pumses sorted according to its difficulty level. They are associated to the KUP grades and are required to advance to the upper grade and 1st Dan.

TAEGUK in Korean is the unit of YIN and YANG in infinite motion. Origin and beginning of things.

Each of them is related to a sign called Palgwe, consisting of a set of three lines that can be continuous or segmented called trigram. Each of these symbols represents a quality or an element and an example of this we have on the South Korean flag in which we can observe four of the eight Palgwes: The creative (Heaven) The receptive (Earth) The abysmal (Water) and the Adherent (Fire).

The original Palgwe pumses have not been lost and are maintained and practiced on various occasions while maintaining a relationship with the Taeguk pumses, and they are named in the same way.

MEANING OF THE NAMES OF THE POOMSES:

We have 9 superior Poomsaes. These poomsaes are those required by the WT Taekwondo Federation for promotion to the DAN grades.