What does «OSS» mean in martial arts? 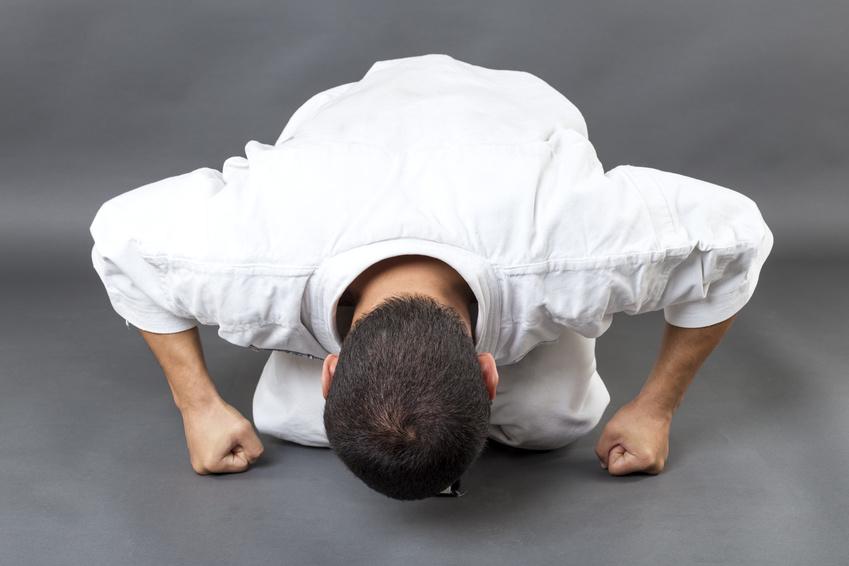 However, OSS has a broader meaning. It comes from «Osu» in Japanese and it is an expression composed by two characters, kanji. The first one is «Osu», which basically means «press or push.» The second one is «Shinobu» which means «to endure, to suffer or to hide».

Meaning of OSS in martial arts

You can see that this «expression» of OSS has many connotations. You may have heard of it before, but you had doubts about its exact meaning. However, its meaning goes far beyond simple words, because we could say that it has a broader and philosophical meaning.

Let’s say that OSS can express that courage and spirit of perseverance, suffering pain and resisting until never giving up. It means what every martial arts fighter always has in mind and as a lifestyle. It is much more extensive than it may seem, because we could say that within the martial arts «we use it for everything.»

Surely you’ve used it on more than one occasion, whether you’ve seen it written like Osh, Osu or Ossu. But, you can see that its origin and meaning goes back to a word that has been used in Japanese culture, especially in martial arts, such as karate.

When is OSS pronounced?

It is always pronounced when entering and leaving the tatami. When greeting the Master or the students, when understanding an explanation or other moments; and when saying yes in some way. So if you have practiced martial arts, you have heard of it for sure. However, you can see that its origin is much more extensive than you probably had in mind.

The field of martial arts is too extensive and we have many other words that are used. But, in the case of Oss, which is most commonly used in that way (so written), it is mostly to greet when entering and leaving the tatami. So, you always do it!

What do we mean when using OSS?

Its meaning is so extensive that it is complicated to define it in only one way. It is that will to always move forward, to fight, to resist and to suffer whatever it takes … making it clear that you will always do your best to achieve it. People who practice martial arts and are hardworking and organized can feel identified with OSS.

At the end of the day, martial arts are still a way of life, and with it, all these words that we know and have always been rescued and used.

Do not become obsessed with its true meaning at all times, since that will be taught by your master. However, focus on the fact that OSS is a symbol of respect, so you will have to say it whenever necessary. It has too many meanings, it can mean from hello to thank you.

Saying OSS is, therefore, to express what martial arts represent. This also does not mean that you have to be saying it all the time. So, do not worry about that. When practicing martial arts, you will be given the instructions to follow so that you do it good and you will no longer have doubts.

When was Osu first used?

This form of «Osu» has been used for the first time with the students of the Japanese naval school, with the aim of expressing their spirit of dedication and self-denial. Always with that strength to express their nationalist enthusiasm for the homeland, for what they lived in Japan in the first decades of the twentieth century. From that moment, it was extended to karate clubs and other martial arts.

You can see that we have to go back a long time since this word appeared for the first time by the great masters in the first decades of the last century. But, it has never stopped being used for some reasons or others. That is why it is so important to keep it in mind today and whenever martial arts are practiced.

It is important that it is not used as any other word. That is why it is so important to know its meaning, in order to express it feeling its true meaning. In this way, you will not even have to strain your pronunciation, because it will come easy to you. As soon as you practice martial arts with the master and your classmates, it will come naturally, especially if you have been doing it for a while.

It is wrong using OSS outside martial arts

How is OSS pronounced?

Virtually the same as written. But, surely you listen to your master, so keep exactly what it sounds like. You will have to practice it to make it perfect, so you can start now.

It is so common to listen to OSS in the field of martial arts, which is practically always used in everyday language in the world of karate.

It is capable of replacing any expression such as thank you, goodbye, got it … it serves a bit for everything, because let’s say that it is what is used both to greet, and to emphasize that you have understood something. So if you practice martial arts, surely you’re tired of saying it once and again, but it is important that you know its origin and meaning.

Do I have to make a gesture while I say OSS?

To properly make the OSS greeting in martial arts, you will have to tilt your belly down and accompany it with an appropriate greeting. It is like a symbol of respect, of sympathy, of trust … that once you do, you are returned, as a feeling of respect. Surely you will have seen it done before practicing martial arts or even in movies, since it is the typical gesture of respect that is always made when entering and leaving the tatami.

It is not the same that we tell you how to make the gesture of OSS greeting in martial arts that you see how it is done. When you are practicing martial arts with your master and classmates, it will be recorded in your retina how the greeting is done, with a simple inclination, and it should always be that way (also very much seen in the movies, in case this helps you). It is important that it is not forced, but as natural as possible.

OSS as a sign of respect between Kojais and Sempais

You should know that it is the Kojai (of lesser degree or age) who must keep these formalities at the time of doing the Oss to the Sempai (who has greater degree or age). The greeting in martial arts will have to do it from a firm and inclined position over 90 degrees, reverence type and showing respect, doing it with the heart. It must seem that you are really feeling it.

It is important that karate fighters understand all that it means to make this gesture and pronounce it properly. It is a tradition and represents all ideals, in addition to respect. This cannot be missing. All karate masters promulgate it. And if you have not heard about all its history and its origin, we hope we have helped you with this article.

Haven’t you learned the greeting yet? You should know that in the first lesson of Karate is when you learn this greeting in martial arts. Then, you practice it and remember it forever because it is something that should not be missing, since it is of utmost importance when the karate-do study is carried out.

Has the meaning of OSS been clear to you? If not, do not worry, because you can ask us whenever you want and have doubts. But, when you understand it, you can come to understand its great wisdom and everything behind it. It is more than the symbol of respect in the field of martial arts. It is extremely important and can never be missing.

Keep in mind that this greeting in martial arts is very important and is recognized by the master, who will always remind his students of how important it is, as well as one of the 20 tenants of master Funakoshi.

The more you read about the history and origin of martial arts, the easier it will be to feel all that strength and those tenants behind it, so that you can become a great martial arts practitioner. Knowing the origin and history is necessary to defend its values and fight until the last moment.

Everyone who practices martial arts should be clear about the meaning of OSS, because it is very important and you will always use it. Therefore, it is important that you know what it means and how it is pronounced, so that you always do it as a symbol of respect and understanding.

Always remember, the meaning of OSS does not exist by chance

We hope we have helped you a little more to understand the meaning of OSS, now that we have told you about its origins and everything you need to know to pronounce this word and how you should do it. This should never be lacking in any martial art out of respect, to show that you are feeling what you are defending in the tatami.

We always recommend that you go deeper and deeper into the origins, because it will help you understand its true values and why each thing is done the way it is done. Nothing is by chance. OSS does not exist by chance. It is that way of conveying respect for each other, from classmates to the master.

Do you have any doubts about what OSS means in martial arts? Remember that we can help you with everything you need.