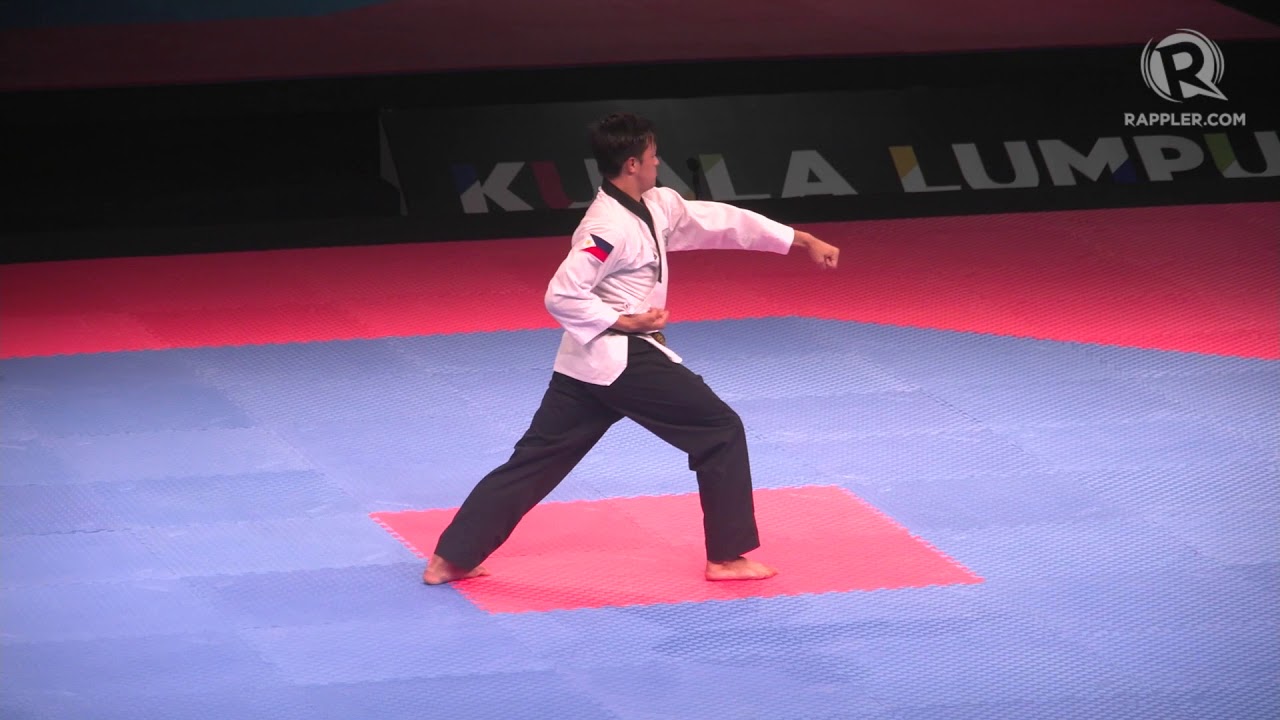 The 2nd Poomsae TAEGUK I CHANG symbolizes a lake from which it tries to show calmness and agitation and inner activity. Usually, this poomsae is done in order to pass grade for orange and yellow-orange belt.

These actions are represented by the TAE symbol which means «joy» and strength of mind, aspects that are highly valued within the discipline of Taekwondo.

The definition of Poomsae or Pumse, refers to the forms and / or movements that are executed to symbolize attacks and defenses.

TAEGUK I CHANG is TAE = Joy and mental strength

Which movements are developed in the poomsae I Chang?

The 2nd Poomsae TAEGUK I CHANG has eighteen sequences and twenty-three movements. We can find positions of ap sogui as well as, it is necessary to know that all the second steps performed on the lateral lines are long positions executed in ap kubi.

The path is very similar to the first poomsae, and varies due to the implementation of two olgul jirugui and five kicks of ap chagui, in addition the path focuses on two continuous parallels and a dashed line (which means that there will be an interruption in the Poomsae movement).

Every poomsae begins and ends with the greeting with the aim of transmitting respect through a bow, which consists of tilting the trunk and head, sliding the hands along the thigh and keeping the eyes on the feet for a few seconds.

It is important to specify the type of sequences and movements to be performed because this poomsae is somewhat similar to the first one, so there is a probability that it tends to confuse movements and directions.

The 2nd Poomsae TAEGUK I CHANG, like the rest, starts in Chumbi since it is the position of attention before starting with the execution of the technique. Next we will show you the sequence order:

Composition of the 2nd Poomsae TAEGUK I CHANG:

SCHEME OF THE 2nd POMMSAE TAEGUK I CHANG: