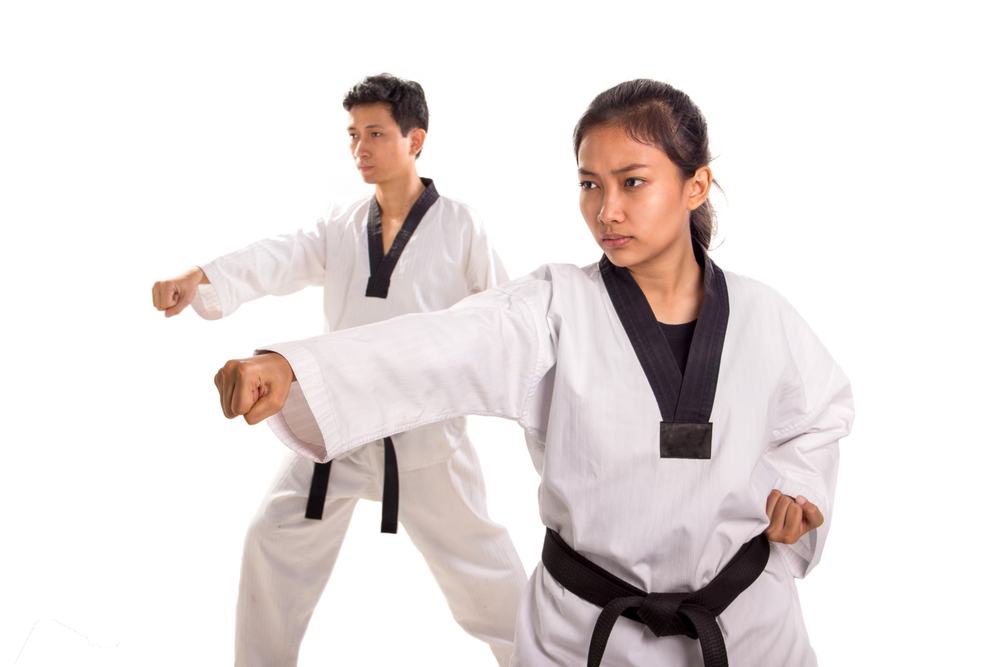 The POOMSAE TAEGUK IL CHANG the first of the poomsaes in taekwondo.

The word Poomsae, also known as «Pumse«, has the meaning of form.

It could be said that in taekwondo, the poomsaes represent the union of movements that symbolize attacks and defenses that are made based on a line. These displacements are intended to simulate attacks and forms of protection, either against one or more aggressors.

Nowadays, during the taekwondo competitions, the poomsaes technique is carefully evaluated with the objective of making an assessment of the execution of the movements that encompasses the aesthetic but also the level of balance and coordination.

Each of the 17 Poomsae are associated with a symbol of Chinese origin made up of eight trigrams, using three lines, arranged one above the other, and alternating between some complete and others separated.

This discipline of Korean origin focuses on the development of a philosophy that poses balance, which is why the Taeguk mean Yin and Yang but in constant motion, it also denotes the beginning of things.

In this article we will present the practical elements to consider in order to perform the first poomsae called Taeguk il chang.

Formed by 18 sequences of movements shows us the beginning of TAEGUK.

It uses actions from Keon of Palgwe, which is the main Gwe of the 64 Gwes of the Keon change book.

The Kon or Keon Gwe is the Gwe l is comparable to a dragon that flies through the sky and lives on Earth.

In the articulation of the Poomsae we must adapt Goki (walking), Sogui (situation) and Ap Sogui.

This pumse or poomsae in the first and is necessary for the change of grade from white belt to yellow or white / yellow belt. It tries to get the student to know the basic greetings as well as the directions.

Which movements are developed in the poomsae Taeguk il chang?

TAEGUK IL CHANG has eighteen sequences and twenty movements. Of which twelve positions correspond to the Ap Sogui technique which represents the normal step with the weight at 50% (short natural position) and four are Ap Kubi which means long step with the knee flexed to two quarters, which does not exceed the shoulder width (as a reference) and straight back leg.

Every poomsae begins and ends with the greeting with the aim of transmitting respect through a bow that consists in tilting the trunk and head, sliding the hands along the thigh and keeping the eyes on the feet for a few seconds. It starts in Chumbi which refers to a position of attention before starting with the sequences and movements of the poomsae.

Description of the positions of Taekwondo Sogui

Finally, the recommendation is that, in order to strengthen the practical knowledge of these sequences and movements, it is necessary to devote yourself to the observation of instructional videos as well as, if you belong to a Taekwondo School, do not hesitate to seek advice with the teacher or advanced classmates to be able to perfect the technique.

This first poomsae has a degree of importance because it guarantees the learning of defense techniques and essential attacks.