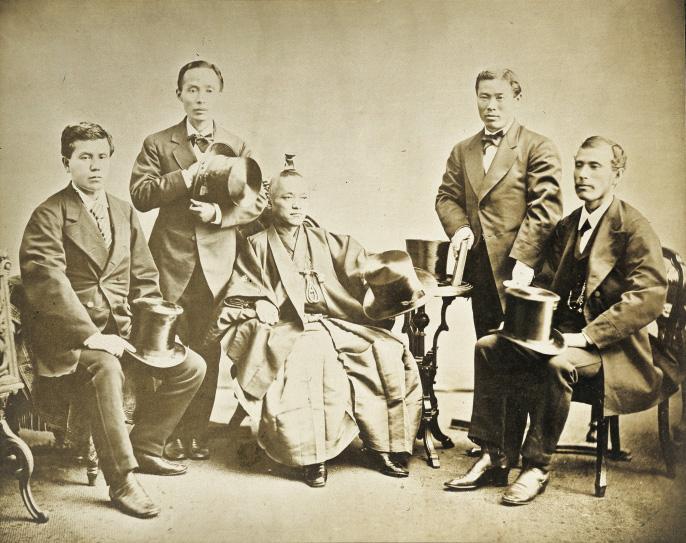 Among the famous samurai, Saigo Takamori, the true story of the last samurai, shines like the misunderstood hero who tried to rescue a time destined to die.

Learn the history of the last samurai, the man who clung to his oath Bushido and carried to the last consequences, his intention to maintain the samurai culture.

Saigo Takamori, a strong character, disciplined, excellent warrior with the katana and other weapons and an incredible strategist, went down in history to lead the samurai Satsuma rebellion.

He struggled to eliminate the Tokugawa shogunate, which had extended for about 250 years, and backed the Meiji Restoration.

SAIGO TAKAMORI, THE TRUE HISTORY OF THE LAST SAMURÁI AND ITS IMMORTAL REMEMBER

Saigo Takamori was born on January 23th, 1828 in Kagoshima, Satsuma Domain, of a lower class family without major popularity.

However, Saigo was always eager for power and with the physical and intellectual ability to be a great warrior. Goal that continued without stopping and that began to materialize when they were 25 years old and opposed the Tokugawa shogunate regime.

His life was developed during the last years of the Edo period and at the beginning of the Meiji age, he lived in a decisive time for the present-day Japan.

In 1854, when he was 26 years old, he was recruited to serve the daimyo of Satsuma Shimazu Nariakira, a supporter of the kobu gattai movement, which sought reconciliation and marital union between the Tokugawa shogunate and the Kyoto Imperial Court.

After the sudden death of Shimazu Nariakira, Takamori was left unprotected without his daimyo, and was persecuted along with many more who opposed the shogunate, on orders from the tairo li Naosuke.

From 1859 to 1864, he remained in exile on Amami Oshima Island, by mandate of Shimazu Hisamitsu, with whom he differed in his ideology from the kobu gattai movement.

ASCENSION TO THE POWER OF SAIGO TAKAMORI

Finally, after seven years of exile, Hisamitsu granted his forgiveness and sent him to Kyoto, to become an assistant to the fief of the Imperial Court.

Preceded by his brilliance in the art of war, the use of katana and the handling of other samurai weapons, he assumed command of Satsuma’s troops.

He secretly created various alliances with clans opposing the Tokugawa shogunate, even though he himself followed orders from the shogun. The most notable case was the Satcho Alliance with the Choshu clan (Satsuma-Choshu), which was a persistent target of the shogun and his troops.

Three years later, Takamori demonstrated his strong ideology in the face of the contempt of the Tokugawa shogunate, when in 1867 Tokugawa Yoshinobu resigned from his position for fear of being killed.

PARTICIPATION OF SAIGO TAKAMORI IN THE MEIJI RESTORATION

After Yoshinobu’s resignation, Takamori was one of the most strict and rigid politicians who demanded that the Tokugawa should lose their lands and noble status.

You could say that the Tokugawa shogunate was over in that moment, which ruled about 250 years.

However, the Tokugawa would continue to have great power and influence in the politics of the country, and it was something that not even the troops of Satsuma and Chosu could allow.

During that time the Boshin War broke out, where the power of Japan was disputed, both the supporters of the Tokugawa shogunate, and the radicals who sought to return all their power to the Imperial Court and banish foreigners from Japan.

SAIGO TAKAMORI IN THE WAR BOSHIN

Takamori was Commander in Chief and one of the most prominent radical and conservative samurai during the Meiji Restoration, within which the Boshin War took place.

From 1868 to 1869, the country had been divided between these two factions: those that supported the shogun and its international trade relations; and those who, like Saigo, thought that foreigners should be expelled from the country, as well as their western tendencies.

And since the shogun supported international relations, it must also be overthrown to restore control to the Court of Japan.

However, the most radical samurai seemed to be Saigo Takamori, as the Imperial Court was content to work together with the shogun, but Takamori did not.

And the imperial troops of Saigo modernized with western weapons, defeated the opponents who sympathized with the Tokugawa. However, by the end of the Boshin War, both armies fought with what they had at hand, especially with katanas and other samurai weapons.

After a hard resistance and constant battles, the imperial army had won and the power was held by the Imperial Court.

Saigo had to be very happy, because by 1871 he was already a sangi or advisor and had participated to abolish the han system, to eliminate the fiefdoms and establish prefectures.

He was also one of the first Chiefs of the newly created Imperial Guard, and during the Iwakura Mission (1871-1873), he assumed the provisional government of Japan.

It was at that time, when his conservative and radical opposition to western tendencies became more evident with the prohibition of trade with the West.

He had the idea of ​​invading Korea and annexing it to the country, and created several very risky strategies, which were rejected by members of the government in 1873.

After his ideas were not received with approval, Saigo felt offended and misplaced, so he resigned his position and returned to Kagoshima.

Once back in his prefecture, he founded a small but strict private military academy, which reproduced the ideology of Takamori.

Hundreds of samurai and ronin got ready to follow Takamori on his orders. In 1876 the samurai lost their social status and subsequently also disappeared rice salaries for the samurai, which generated great discontent against the Court.

Fearing a rebellion, the Meiji Court ordered the destruction of Kagoshima’s weapons, which intensified the annoyance of the samurai and caused the Satsuma Rebellion, led by Takamori.

The difference of the armies was abysmal, the imperial army Meiji showed around 300 thousand men, whereas the rebels of Satsuma were only between 40 and 50 thousand.

During the Battle of Shiroyama, Satsuma’s men used Western weapons to lessen their disadvantage, but that was not enough, as they were quickly diminished and annihilated.

The Battle of Shiroyoma was the last military campaign that the great former Commander in Chief of the imperial forces would live to lead.

It is said that after this battle he was seriously injured and asked a samurai to cut off his head to prevent opponents from torturing or killing him.

Around his death the myth was created that Takamori had not died and that he had fled to a nearby country to return later and take revenge.

What was real, is that with his death, the hope of the rebellion was annihilated and the days of the samurai ended, that’s why he is known as the last samurai.